Why You Won’t Be Playing With Me 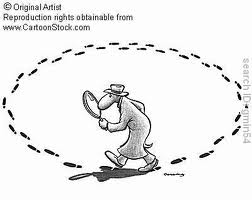 The spanking world has a lot of really good people in it. I’ve made many amazing friends because of it. And for the most part, they are great people. But just like any group of people in any area of life, there are those who just stand out. In a bad way. You know the ones, we’ve all seen them. The lurkers. The Creepy McCreepy’s. The ones who seem to have missed the basic social skills course in school. The ones who complain about everything.

This post is for them. Of course, part of their problem is that they are clueless and often don’t recognize that they even fall into that category. But I will soldier on and try to educate them anyhow. And for others, these are traits of a person you just may want to steer clear of. Here are some of the things that may cause a person to be labeled as someone to avoid or a Creepy McCreepy (props to Miss Chief on FetLife for creating that term). Listen up!

Let’s do this David Letterman style.

Top 10 Reasons Why Nobody Is Playing With You At The Party:

10. You forgot to check your woe is me attitude at the door.

The fact of the matter is, you make your own good time. If you are focusing all your attention on how so-and-so played with person A and person B but not you, you’re off to a bad start for the night. Your whining is not appealing to others. We all have insecurities. We all can get into a funk from time to time. But if you are feeling that badly, it is probably best to save your 40 bucks and pass on the party until another time. Come back when you feel like having an enjoyable time with some like-minded people.We are pretty awesome company.

9. You didn’t put any effort into getting to know people.

The spanking world can seem like some sort of fantasy world come true, especially when you are new. Wrapping your head around the fact that there are others out there who are on the same wavelength as you is a lot to take in. But guess what? We are all still regular people, kink aside. Use common sense like you would in any other social setting. It’s not much of a stretch to figure that people would like to at least have a conversation with you before letting you put your hands on their body.

Most groups are pretty clear with what their thing is all about and what’s NOT okay to do at their events. You should be able to get a feel for if this is the place for you or not. If you were too lazy to read through their website before attending and shelling out your money, you only have yourself to blame. And you’re a dumbass. Can’t leave that part out. What? You mean this ISN’T a swingers group? D’oh! Read the rules, dumbass.

Respect people’s personal space. Yes, by the nature of what we do, some of us get up close and personal at times. But that comes with having an established relationship with someone. Nobody likes having someone in their face all the time. Have you seen Seinfeld? Watch out for being a close talker. Also, some people may choose to play in the middle of the party space. Keep a respectful distance. They are not there as your eye candy.

6. You have a sense of entitlement.

That doesn’t tend to bode well with others. Okay, you paid your money to get into the party. So that means you are guaranteed to play, right? Um, NO. The rest of us paid to attend too. Nobody is obligated to do anything with anyone. Figure that out now and save yourself some grief. This is all based around the idea of consent. That has to be given by both people involved.

We have all dealt with rejection. Did you hear that? We have all dealt with rejection. Even the seemingly ultra popular well established folks in the scene have had it happen. Seriously. Does it suck? Yeah, it does. There are many reasons for someone to not want to play with you. It isn’t necessarily a bad thing, some people just don’t click. But guess what? They aren’t obligated to give you an explanation. No means no. Just leave it alone and move on. There are other fish in the sea. Following someone around the room and making them uncomfortable by asking them repeatedly is just going to get your ass booted from the event.

4. You are seriously lacking in social skills.

I understand that some people are just shy. I’m that way myself, especially when meeting new people. If that describes you, come say hi! Everyone is friendly and we really won’t bite, I swear. That’s a different party. 😉 If shyness isn’t the issue and you just don’t know how to talk to people, here are some basics to starting a conversation. You- “Hi, I’m (fill in name). Nice to meet you.” Person A: “Oh hello, I’m (fill in name), nice to meet you too!” Jumping straight to “Can I put my hands all over your ass?” is not recommended.

3. You have trouble respecting limits.

To tie in with #5, no means no. There is not room for interpretation here. You do not want to earn the reputation of being someone who didn’t respect someone else’s limits. It will not be long before no one wants to touch you with a 10 foot pole. Everyone has preferences and limits. And those limits can differ from person to person. You may see Top A yank me around the room by my ear. That doesn’t mean you get to do that. Top A and I know each other well and we have our own dynamic. Work on establishing your own relationships with people and don’t expect to copycat others.

Literally. Have a whiff, we’ll wait. ………. Am I right? This goes back to common sense. Practice good hygiene! Seriously! It is baffling the amount of bad stories I’ve heard about this sort of thing. It’s such an easy dilemma to resolve. Shower before you arrive. Brush those teeth and gargle. If you’re moving around a lot in a crowded room of people, it’s probably getting hot. People sweat. It happens. Carry a handkerchief. Keep a stick of deodorant in your pocket. I assume all venues have bathrooms. Use them. Go freshen up from time to time. Do something about it. If someone offers you a breath mint, maybe it’s a hint. Take it and say thank you.

Let’s call a spade a spade, shall we? If you fall into this category, I’m not sure that I can help you. You probably go throughout life wondering what everyone else’s problem is. But if you think about it, what is the common factor here? YOU. You are the problem. You can probably relate to several other things on this list as well, but have your head too far up your ass to realize it. You may have been called a Domass in the past. It’s NOT a compliment. If you’ve realized that I’m talking about you, maybe there is a glimmer of hope for you after all. Take a few moments to evaluate why you are an asshole and let me know how that works out for you.

In summary, if you use common sense, conversation skills, and common courtesy when encountering others, I think you’ll be okay. Don’t push too hard. If you go just with the expectation of meeting some fun people, I bet you’ll enjoy yourself. If you end up playing too, added bonus. But please, don’t be like this guy. —–> Creepy Guy video starring Richard Windsor and Pixie Wells.

I'm a shy bottom with a sharp wit. :-)
View all posts by Lea →
This entry was posted in generally spanking, scene safety. Bookmark the permalink.

19 Responses to Why You Won’t Be Playing With Me