Hello, I’m Lea. I’m new to the whole blogging thing so please bear with me. I’m creating this to have a place to record my thoughts (and let’s be honest, possible rantings lol) about life in general but also my non vanilla side as I can’t exactly share that on Facebook. 🙂

In regards to my spanko side, this is still a relatively new journey for me. I think my story starts the same as many others. I’ve had a fascination with spanking for as long as I can remember. As a child I constantly looked up any spanking related words in the dictionary, read and re-read parts of books that would mention discipline and spanking, put my Barbies in… unusual positions. (Unlike many spankos though, I still have never seen McClintock. Lol.) To this day, I have a vivid memory of being at a friend’s house in the 4th grade. She got into trouble for something, resulting in her dad pulling her into the house and spanking her as I waited outside and heard the whole thing. 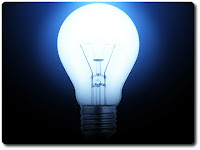 As I got older, the interest never went away but I knew I wasn’t in “the norm”. I felt embarrassed about feeling this way and thought I was a complete weirdo. Thanks to the internet age, I was able to explore further. I’d look up spanking stories online and read anything on the subject I could find. On one of those days in early 2009, a search engine led me to SCONY. As I read through their website, it completely spoke to me. I was finally seeing something that voiced what I’d been feeling throughout my life. And there were others like me out there after all! Finding other like-minded individuals to chat with was a wonderful thing and led me to take a deeper look at myself.

Now that I knew this lifestyle was out there, what was I going to do about it? The possibilities were mind boggling. I was 23 years old and had been hiding this side of myself for my entire life. Could I really get into this lifestyle and act on what I’d always fantasized about? I’d been married for close to 2 years at this point. I had never shared this interest with my husband and honestly I wouldn’t have known where to begin or what to do about it. With a LOT of encouragement from my new friends in the group, I decided it was now or never. This led to the most awkward conversation of my entire life. I had gotten so worked up and worried over what to say and how he might react, I was a wreck. Would he think I’m a total freak? Is he going to still want to be with me? My stomach was in knots, I thought I was going to throw up, and when I began to talk I just started crying. Looking back on it now, I can laugh because I was completely overreacting. And it probably scared the hell out of him, seeing me like that, hearing “we need to talk” and wondering what was coming next. The poor guy. But how do you start that talk? “Honey, I’ve thought about spanking my whole life and I need to be spanked. I need structure and discipline.” Well, that probably sounds better than whatever the hell I babbled that night. Lol. I eventually got it all out on the table and explained it the best I could at the moment.

I think he was confused more than anything. He’d never heard of any of this before, didn’t know there was a lifestyle out there for adults who spanked/were spanked. I had him read through the SCONY website as it explained much better what I didn’t have the words for. I think the average vanilla male who thinks of spanking and adults can relate it to some bedroom play, if that. But the idea of disciplinary spanking is a whole different ballgame. Headspaces, top/bottom dynamics, setting rules and limits, discipline vs. maintenance vs. playful spankings. It was understandably a lot to take in. And I didn’t know a lot of this stuff either, I’d never acted on it and been spanked as an adult. After dropping that whole bombshell, I let things be. I didn’t know where it would lead but all the cards were on the table now and boy was I relieved. Lol. Bless his heart, over the next few days he really did his research, tried to find information on how this worked with people in their relationships, how to start into it. He wanted me to be happy and was willing to try it even if it wasn’t his natural interest. I know I am very lucky to have had it turn out that way and be with such a giving, loving partner. We kind of made things up as we went along, seeing what worked for us. We came up with our own list of rules, and what punishment would be applied for which offense, etc. Things were going well. 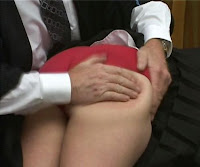 Not long after this had all come out, it was time. At the suggestion made by my friend in the group which I jokingly passed along to my husband, we now had a reason for my first spanking. Can you guess what it was? I was being spanked for hiding that I was into spanking for so long. Lol. That’s a top for you, right? They come up with the silliest things… 😉 I was bent over the bed, my bottom bared, as he proceeded to spank me with his hand. SMACK, SMACK, SMACK, SMACK, SMACK! “Are you going to lie to me again?”  SMACK, SMACK, SMACK, SMACK, SMACK! “Owww no, no I won’t, I promise!” It was brief and compared to spankings now, was pretty light. But at that moment I thought “what was I thinking wanting this? This hurts!” Lol. The first of many times to come, I went into the bathroom and looked at my bottom in the mirror, rubbing the marks and seeing the color popping up. And that was the beginning.

My husband, we’ll call him ”J”, and I got into our own routine with things. Weekly maintenance spankings and punishments as they arose, and sometimes just for fun. Even more so in the beginning, although it still happens, it opened our eyes to seeing everything in a different light. Things we never would’ve thought about before, interactions of strangers that we witnessed, constant wondering about “huh, do you think THEY are into it too?” A sixth sense popping up whenever you are near something in the store that could be used as a spanking implement. Lol. I continued my involvement with SCONY and have made so many great friendships there. I branched out into the scene in public in October 2009 when I attended my first weekend in the mountains with the group and got to meet all my wonderful online friends. I’ve gone to 3 to date and am looking forward to another coming up in April. The line between vanilla friends and scene friends has long since blurred. There’s so many great people I’ve met throughout this journey and thank you to all those who have held my hand throughout it.

If anyone is indeed still reading this, thanks for stopping by. I hope this may have provoked a thought, or at least a laugh. 🙂

I'm a shy bottom with a sharp wit. :-)
View all posts by Lea →
This entry was posted in real life spankings, SCONY, vanilla life. Bookmark the permalink.